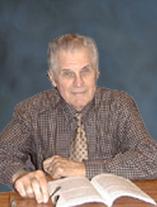 Raymond Mitchell is a co-founder and former senior member of the firm. During his early years, he practiced in Personal Injury, Construction, Family and Property law fields. In later years he practiced primarily in the law fields of Estate Planning, Estate Administration and Real Estate.

As a member of the Canadian Bar Association, Ray served as a past member of a Committee formed to compile a report on professional errors and omissions in Ontario. He is a past member of the Law Club of Ontario and the County of York Law Association. During the many years that he resided in the former City of Etobicoke, Ray was active in various community affairs. He was a Founding Director of and Counsel to several financial, charitable and political associations within Etobicoke. He has been a long standing member of the Toronto Board of Trade and a past chairperson of its Committee on Rules and Regulations.

Ray received his B.A. from the University of Toronto and was called to the Bar at Osgoode Hall in 1960. In 1976, he was appointed as Queen's Counsel and in 1991, was granted his LL.B. degree by York University.

Ray retired from the firm on December 31, 2011, having surpassed a career milestone of over 50 years in the practice of law.