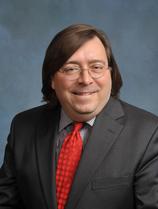 James Hunter’s practice is primarily in the areas of Family Law, and Wills and Estates Law.

James has been a member of the firm since his call, and has appeared in all levels of Court in Ontario, as well as having extensive experience with negotiating agreements and settlements. He is experienced in custody and access disputes, property division, child and spousal support issues, and child protection. He values listening to the concerns of clients with empathy, and then advising on the best path to resolve an issue.

James was born in Ontario and has spent most of his life in the province, after living in Montreal and Halifax during his childhood.

A former Toronto Regional Director of the Liberal Party of Canada,  James is the long-time President of the Etobicoke Centre Provincial Liberal Association.

In addition to politics, James spends his personal time in the film, music and literary worlds.

He is the father of two adult daughters, who are a teacher and a family physician.