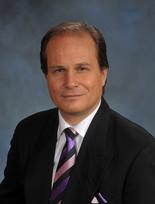 He was admitted to the Ontario Bar in 1985. Victor became a partner in 1990 and has been the administrative partner of the firm since 1995. His practice is focused primarily in the areas of Commercial and Business Law, Real Estate, and Estate Planning and Administration. In addition to advising individuals, business corporations and their principals, Victor acts as legal advisor to several churches, nursing homes and charities.

He has also served on the Board of Directors of a local credit union and a number of non-profit corporations, is past-President and director of a local senior’s residence and long-term care facility, and currently serves as a director of a public foundation. In conjunction with his practice, Victor enjoys giving presentations to members of various non-profit and charitable groups, churches, seniors' groups and financial institutions on the topics of wills, powers of attorney, trusts and estate planning.

Victor grew up in Bloor West Village and lives in Etobicoke with his wife, Ola, and daughters, Adriana and Tianna. When not practicing law, Victor pursues his interest in music.