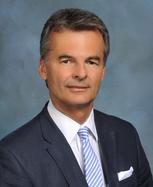 From the time he was a little boy, Stefan dreamed of being a trial lawyer, and for decades he has lived that dream.   As a younger lawyer, he spent much of his time doing criminal trials where he learned to “read” witnesses, and was also able to watch and learn from some of the masters of the profession as they cross-examined witnesses and stood their ground in Court and were undaunted in their defence of their clients.

Litigation is all that he ever has, or will do, as a lawyer.  He has an active practice in the areas of Estate, Commercial, Insurance and Personal Injury litigation.

Stefan grew up in Hamilton, Ontario and believes that apart from the formal education he received that the wide-ranging experiences he has had, all the way from being a Boy Scout and camp counsellor, to working in steel mills and on construction sites, as well as being active in various organizations and interacting with academics and leaders, have all been a part of his preparation for understanding people and being an effective counsel.

He earned his undergraduate degree as a Dean’s List student at McMaster University and his law degree from Osgoode Hall Law School.   When not practising law he enjoys tennis, waterskiing, sailing, kayaking and rollerblading in the summer, and cross-country and downhill skiing as well as squash in the winter.   He also loves reading, playing chess and debating with his wife Samantha and daughters Lydia and Christina.   Among his most cherished pleasures are helping his lovely daughters prepare gourmet meals while listening to classical music.