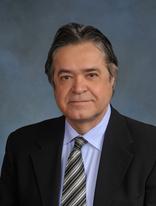 Walter Kuplowsky has been a partner of the firm since 1985 with a practice that focuses on Corporate and Commercial Business matters, Commercial Real Estate and Estate Planning.

Walter graduated from McGill University where he received his Bachelor of Arts (History Honours) in 1972 and subsequently his LL.B. in 1975. He was called and admitted to the Ontario Bar in 1977. In his practice of law, Walter is result-oriented and acts as legal counsel to many diverse, family run, mid size businesses, and assists in providing legal counsel to them both with respect to their day to day operations as well as in the transition of such operations from one generation to the next. As such, Walter maintains a close dialogue with his clients and is responsive to the legal issues that they encounter from time to time in the operations of their business.

In addition to his practice of law, Walter has participated in various community matters, including being a member of the Board of Directors of St. Vladimir Institute, a founding director of the World Congress of Ukrainian Jurists, a legal advisor to the Sts. Peter and Paul Senior Citizens' Residence, a director of the Canada-Ukraine Business Council and an executive director of the Ukrainian Canadian Students Union. Since moving to Ontario from Quebec in 1975, Walter and his wife, Win, and their three sons have resided in Etobicoke and have participated in and been active in local community endeavours.